Okay, uhm. So.
My entry for

20inspirations was over a week ago, but sadly (or not) I remade a few because I felt like it. My claim was DW:7.2, because both Matt and Jenna-Louise are so cute and I'm liking this second half of the season (hello Hide♥) so there. Also, there's another cut with a dump load of icons because I made 50 icons for a couple of challenges on an italian forum. Basically this post is made of british prettyness + Elementary (that has Lucy Liu and JLM in it so it's cool anyway).

20 Doctor Who icons for

So! Let's say that my muse died some day in february and it's just come back to life so I am relieved but also quite disappointed because I couldn't manage to finish my batch for

20inspirations which was about text and I love text. I chose "Sherlock" obviously because I can icon even the end credit of this show and be happy with it, but my 20insp-related-icons are from #38 to #50. And I'm quite proud of them, even if they're just a few!
The others were made at random. Except for the first "GoT" two which I made for

Some old, some new, some just made. I'm quite proud of this post and, well. Enjoy?

my ask the maker thread is here

spg_spn_girls asked me a few tips on these icons:

Under the cut you'll find some tips about the base preparation, the lights positioning ans setting and a couple of information about my pale colouring.

my ask the maker thread is here 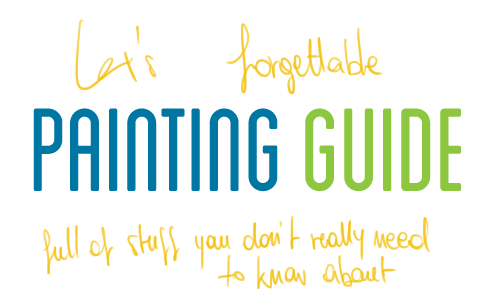 It's not good if I start this post saying that I'm scared, right?
Because I am, but I won't give up, you'll get your useless painting guide made by Lex, just because!

First of all, if you haven't already, go read

pamkips' painting guide which is definitely better than this one could possibly be! Plus, she's a genius and a lovely girl and a ultratalented one so go. NOW.

If you've already and you're still here (Good Lord, you're brave!), thank you, and I hope that you might find some of my rants useful in some way.
But don't bet on it!
( Collapse )

Okay, so, I'm halfway done with the requested icons, I'm sorry I've been slow as hell, but honestly, with the knee and the tutorials and the fact that I've spent too much time filming while iconing, well... Nevermind!
First cut is the request cut. Sorry, some of you just got a small amount of icons, I'm sorry, I'll try to make more in the second batch, but I can't assure you anything!

FANDOMS (of both requests and the dump post)
The hour, the hunger games, eternal sunshine of the spotless mind, the vampire diaries, once upon a time, camelot, haven, pushing daisies, merlin, parade's end, ultraviolet, the fifth element, final fantasy the spirit within, lost, elementary, the hollow crown, the avengers, constantine, christmas at castlebury hall, katie mcgrath + benedict cumberbatch, sherlock, thor, game of thrones.

I've been asked by

kateheightmeyer to write a painting guide, now, I'm sure you all know that I suck with that kind of thing, BUT, I told her I would try, in the meantime though, I've spent a massive amount of time filming my screen while I make painted icons and I'm pretty sure that videos are way better than a written tutorials (which, let's be honest, would be a failure written by me); so I'm going to make a post soon with three videos, and some random explanation on what I did and where, mostly because there's no audio in the video and such. The two icons I've filmed are 64 and 65 from the dump post. So you know what to expect.

You can still ask whatever you want at the ask the maker activity: my thread is here

dixon
my ask the maker thread

LOL @ the mistake in the banner, is THING not YHING LOL @ me!
OKay, so, the thing is that I have NO IDEA what to say about text, or the use of text or whatever it is that pulls me to write onto icons; so I'm gonna do something really MEH, and put examples and fonts and rants about things.
( Collapse )

SO!
I've finally managed to write the last two tutorials of my request post (HORRAAAAAY!), I still have the "How do you text" guide to write and believe me, I don't even know where to start with. Plus I've signed up for the new round of ask the maker, so if you've any sort of things you want to know about my icons/bigger things (that you can find here: bigger stuff @ tumblr feel free to ask! I'll try to reply to everyone and everything!
My Thread @ the Ask the Maker activity

Now, these were asked by

jokermary and, lucky me, were very very simple to write down, she asked about another icon of mine, but sadly I can't find the stupid psd! So I wrote down a couple lines, since I'm pretty sure it's not that complicated (less than it looks certainly!)

Okay, I'm pretty sure that this one was made as the Night of the living dead one, surely I've worked a bit with white light blobs on the sides, but as you can notice I prepare my base very similarly to one another (base, blobs, multiply, mergerd on screen, another screen if it's too dark, then multiply on a lower fill and done), so the base/container it's surely made like that. For the text, I probably went crazy writing it line per line, putting spaces where needed and such and for the full body figure, I've pasted it and cut it from the background with the pen tool, then used the gradient map to negative the colour! Nothing more than that really! (Looks more complex uh? XD)

So, that's it.
Requested icons will come SOON, really.
Collapse